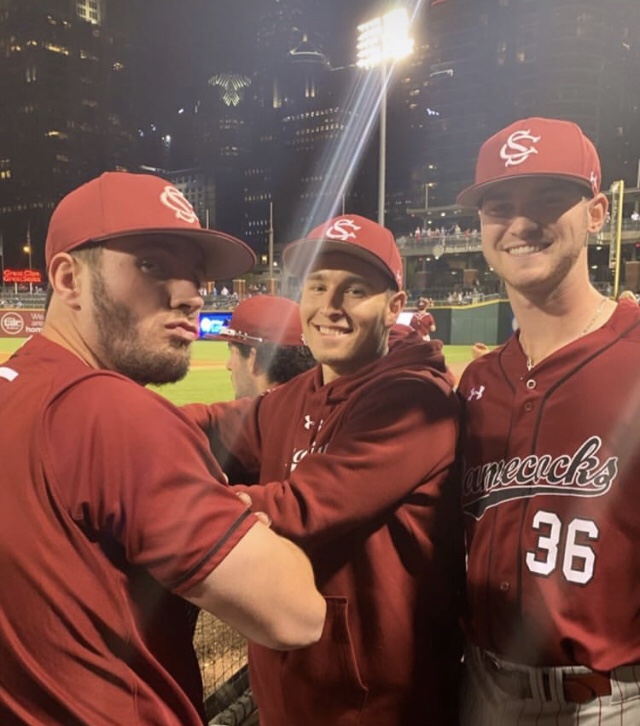 The Gamecocks came out strong allowing zero runs in the first four innings. In these same innings they gradually built a 4-0 lead over the Tar Heels. The fifth inning was scoreless for both teams but the sixth inning saw two runs driven in by the Tar Heels which made the score 4-2.

In the seventh inning TJ Hopkins blasted a ball out over the heads then over the wall for a solo homer to stretch the lead to 5-2. The rest of the game flew by as the pitchers from both sides got the best of batters. The final score of the battle of the Carolina’s was South Carolina 5, North Carolina 2. This was our first win against UNC since 2013.

So far this season South Carolina is 4-1 versus teams from the Atlantic Coast Conference. The lone loss being against Clemson in game two of the rivalry series. Two of the wins came against a ranked Clemson team. Another win came against a highly regarded NC State team in Charlotte. The most recent win being tonight against the seventeenth ranked Tar Heels. Who is the real Carolina now? Just kidding, it has always been South Carolina. This statement will be backed when we beat the Tar Heels into the dirt in Bank of America stadium this fall.

Anyway, great win for the baseball team. Hopefully the win will give the boys some confidence as they welcome the Aggies to Founder’s Park. Let’s get that first conference series win!