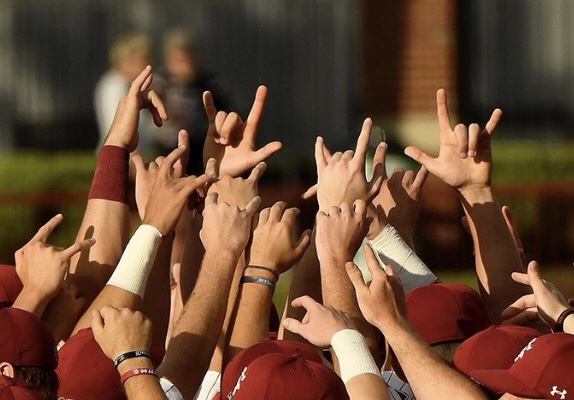 South Carolina is fresh off its seventh loss in a row after loosing to Furman 4-7 on Wednesday night. This loss puts the Gamecocks at .500 on the season with two more conference series’ to go. The Gamecocks still have to face Kentucky in Founder’s Park and Mississippi State in Starkville. It is looking more likely than ever that the Gamecocks will finish the regular season with a loosing record.

Things looked fine against Furman until the fifth inning when Furman took a two run lead over South Carolina. The Gamecocks were able to battle back, scoring runs in the sixth and eighth innings. Unfortunately a three run inning in the ninth for Furman sealed the deal and finalized South Carolina’s seventh loss in a row and fifth loss in a row in Founder’s Park.

What Makes South Carolina’s Baseball Team So Bad This Year?

South Carolina baseball has had a horrendous season. The season started off so promising with only three losses before the start conference play and a series win over a ranked Clemson team. Many people are curious why the team had such a big drop off from last season.

I think there are a few different factors contributing to this disaster of a season. First of all it has to do with the mindset of the team. Our team is scared to play teams in the SEC. Pitchers struggle to find the zone and batters go into the box not expecting to get on base. If we fall behind the pitchers really struggle to throw good balls which causes the problem just compounds. I think this season and this team is a lost cause at this point but next season needs to be different.

If Mark Kingston is still the head coach next season I think it will be his last chance to prove himself to the athletic department and the fans. If Kingston fails to put together a halfway decent team next season he better have his bags packed.