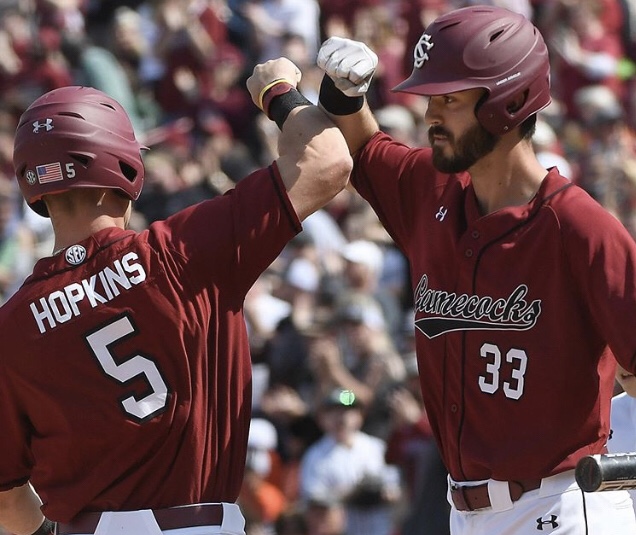 The 2019 South Carolina baseball season was one that many members of Gamecock nation would like to have wiped from memory. Although the season had many a moment that made our heads hang, there were also a few bright spots that have us looking forward to next season!

In what seems like a new trend for South Carolina baseball, it came down to the last second to see if they would make any sort of post season play. Going into the final week of the regular season, they were struggling to even make the SEC baseball tournament. Luckily they got a clutch game three win against the fifth ranked Mississippi State Bulldogs. This win launched the Gamecocks into twelfth in the SEC and into Hoover where they would take on the Tigers from Baton Rouge.

The first inning was owned by the Tigers who took a 1-0 lead on a solo homer. In the second inning the Gamecocks ran up a five piece and took a four run lead. In the bottom of the second the Tigers scored two of their own cutting the lead to two runs. LSU would later rally and take the first round game of the SEC Tournament knocking South Carolina out of the tournament and ending our season.

The beginning of the season looked bright but once we reached conference play the wheels quite literally fell off. I personally was proud of the performance I saw in game three in Starkville. The boys showed a lot of grit and ground out a win that we needed to keep our SEC tournament streak alive. I am definitely hopeful for next season. I mean, it can’t get much worse than this year.

I would like to take this moment to thank our seniors who played their last game for the garnet and black: TJ Hopkins, Chris Cullen, and Jacob Olson. We wish them the best of luck in their future endeavors on and off the diamond.