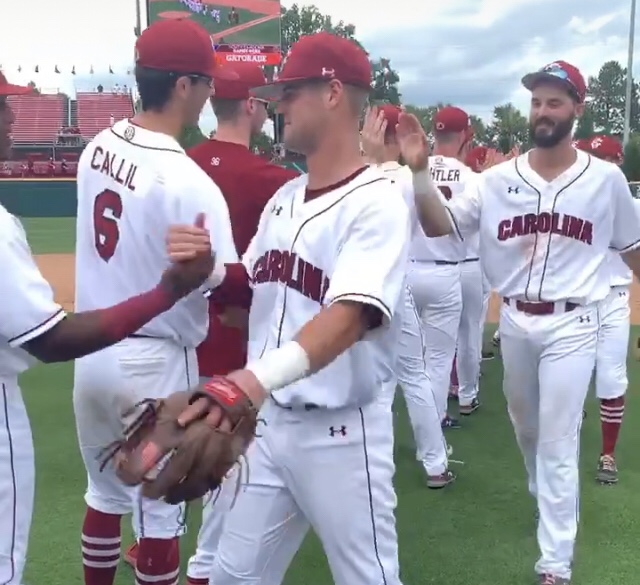 It happened, it really happened. The baseball team finally clinched a series against a conference opponent. I don’t care that it was the team that will likely finish either last or second to last in the SEC, we got our conference series win. For a while there I was convinced that it wasn’t going to happen.

Those who attended the first game against Kentucky at Founder’s Park were entertained by a comeback victory over the Wildcats on Friday night. This marked the first time this season that the South Carolina baseball team won their series opener against a conference opponent. This was a huge breakthrough for the team and gave them some hope that they can still make the SEC tournament. After the game there was a lot of positivity in the locker room.

On Saturday the Gamecocks and Wildcats faced off again in Founder’s Park. This time the Gamecocks maintained control of the game for its entirety and ended up winning game two 11-3. This game was exciting for many reasons but mainly because it secured the series against Kentucky. For the first time in 2019 we clinched a series against a conference opponent.