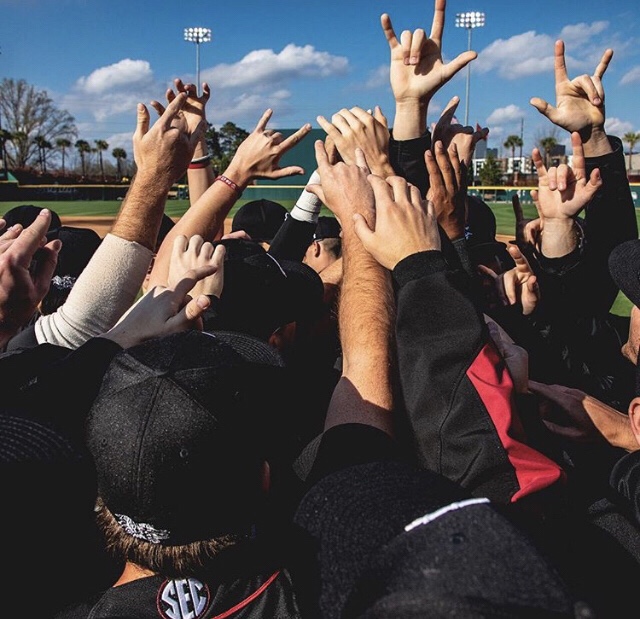 After a reassuring sweep against Valpo, the Gamecocks traveled down to Charleston to play the Citadel for second time this season. The first meeting between the Citadel and South Carolina was very lopsided, in a good way. The Gamecocks won handily 9-0. Not allowing a single run. This win came right after the Gamecocks won the rivalry series against Clemson.

The very next game, South Carolina was stunned by Gardner Webb in Founders Park when the Runnin’ Bulldogs won 10-2. The eight run loss was due partially to poor pitching and partially to poor batting. For most fans, the pitching was the biggest shock.

Luckily, the pitching in the Gamecocks second game against the Citadel looked much better; at least in the first half of the game.

In the game against the Citadel in Charleston the pitching was decent at the beginning of the game but in the sixth inning things went south. After building a decent lead had been built by South Carolina, the Citadel put together a few good innings in the end to cut the lead to one run.

The Gamecocks scored a few runs in the sixth and eighth inning to maintain the lead as the Citadel’s bats caught fire. It took some sharp shooting in the bottom of the ninth inning to close out the Citadel and secure the win for the Gamecocks.

The Citadel doubled up South Carolina in the hit column which is alarming for those who are still having nightmares about the pitching performance against Gardner Webb. Don’t get me wrong, we have a lot of good arms in the bull pen but we need some mid week guys to step up if we want to be playing in June. The question is, who will step up at pitcher for South Carolina.