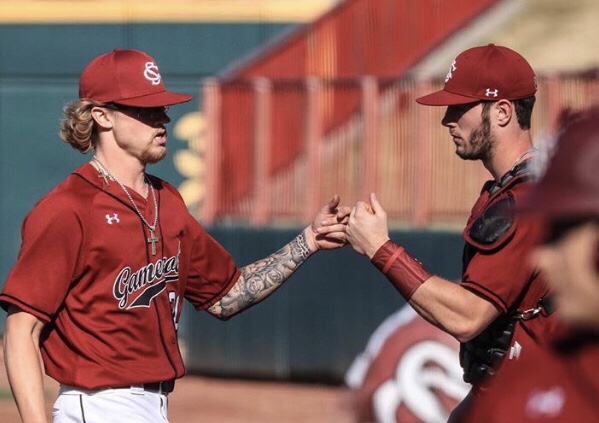 So far this season the South Carolina Gamecocks baseball team is 14-3. Only one of the losses so far was a bad loss in my opinion. There is no excuse for pitchers to perform so badly. I don’t care what day of the week it is or where they are in the rotation, they need to perform better than that.

The loss to Liberty was tolerable because it was the first game of the season and I could see how the team may need to shake off some of the rust. Our loss to Clemson was okay as it was against a ranked team. So far Clemson has been the only ranked team that the Gamecocks have faced this season. That will change this weekend as South Carolina faces the eighth ranked Georgia Bulldogs in Founder’s Park.

If South Carolina is to win the series against Georgia, at least one of these two scenarios needs to occur. One, the pitching needs to be outstanding the entire weekend. We can’t have any late game struggles like we had against the Citadel. And two, we need to drive in some runs. If we score less than four runs per game we will loose the series against Georgia. We need to knock the Bulldog’s balls around if we want to secure this home series.

I expect pitching to be much better than it looked against the Citadel as we will have our best available arms ready to rock. Reid Morgan is our best pitcher right now and it will be interesting to see where in the series he comes into play. I would like to see him close the game on Friday to hopefully establish some momentum and set the tone for the rest of the series. We will see.

If both the pitching and batting are on fire this weekend Gamecock fans can expect to see a few big wind and possibly even a sweep of the highly ranked Bulldogs. This would be a great resume booster that will be beneficial for hopes of hosting a super. In my honest opinion I think there is a 15% chance of the Gamecocks sweeping the Bulldogs this weekend and a 50% chance that we at least win the series.