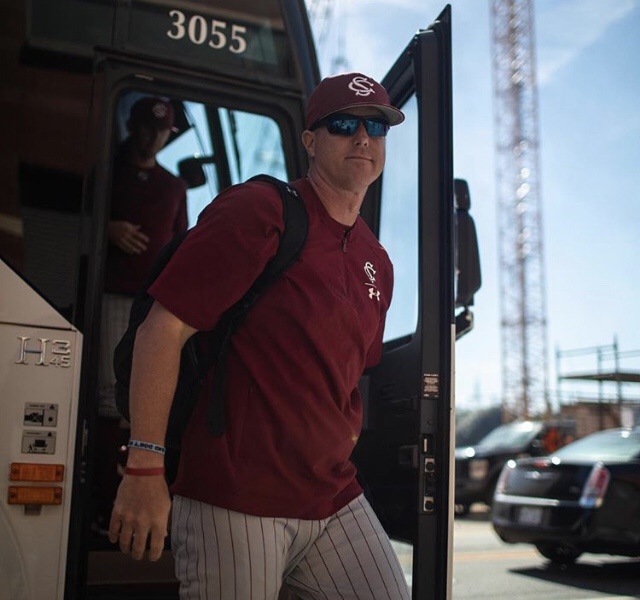 Saying that the South Carolina baseball team has been struggling this year is an understatement. The Gamecocks have yet to win a conference series and is teetering on the fringe of going below .500 on the season as a whole.

This past weekend the Gamecocks welcomed the Vanderbilt Commodores to Founders Park for a three game series. On Friday night Vanderbilt hung a healthy 22 runs on the Gamecocks. This game really showed us the true state of this year’s baseball team. Game two of this series was postponed until Sunday in the form of a seven inning game to be played right before a shortened game three. By the end of game three on Sunday we had been swept.

Yes this was Vanderbilt, the fourth ranked team in the country, but we still need to be more competitive in conference play. We have not won a conference series and have only won a total of five conference games all season. This is pathetic. I don’t know the last time I have seen a Gamecock team play as poorly as this one has. There are problems everywhere.

Is South Carolina The Worst Baseball Team in The SEC?

There have been a few bright spots this season but not in conference play. The Gamecocks have won four out of five games against opponents from the ACC. However, South Carolina has yet to win a conference baseball series and they are the only team that can say this. South Carolina is seated comfortably at the bottom of the SEC East. At the bottom of the SEC West is Alabama who won two out of three games against the Gamecocks. I don’t think the Gamecocks are a shoe in to beat anyone in the SEC. In most cases they are a heavy underdog.

As things sit right now it appears as though South Carolina is the worst team in college baseball. I don’t say this as an upset fan. Not to say that we are not upset, but it is the cold hard truth. Hopefully we can rebuild for next season. It is about time we start recruiting some good players out of high school instead of picking up scraps from other schools. We need to get the baseball program turned around and it might need to start with getting rid of Kingston.

What do you think about baseball this year? This content is supported by Morehead City Real Estate Agency Basnight Garner.