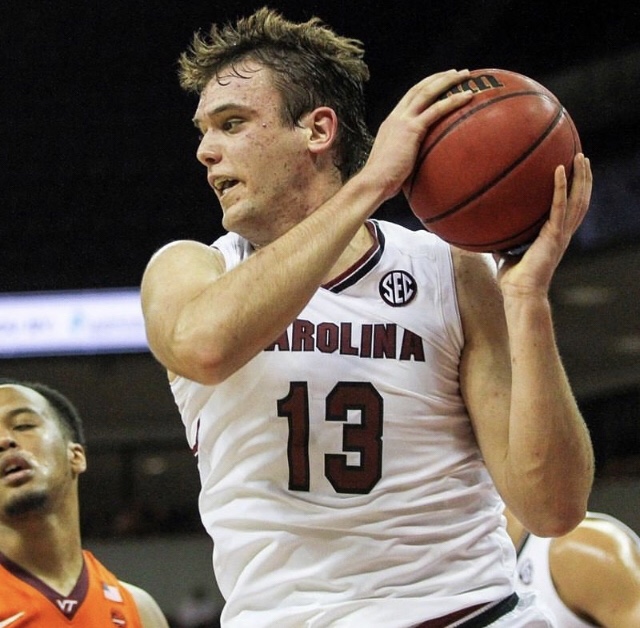 Over the past two season one of the most odd players for the University of South Carolina was Felipe Haase. Felipe was a threat from behind the arc and from the free throw stripe but other than that his game was pretty lackluster. At times Felipe showed promise and other times fans would have to refrain from making their disappointment in him known.

We spoke with many students about their thoughts on Felipe Hasse and for the most part they were indifferent. Haase was not a very flashy player which is probably why most of the students seemed like they had never heard of him but gave a BS answer anyway. Regardless Felipe was a big contributor to the team playing in 32 games. He saw a lot of minutes which is why we find it so interesting that he plans on transferring next season.

Why Did Felipe Haase Decide to Transfer?

Most people were caught off guard when Felipe Hasse made the announcement that he wanted to transfer from South Carolina. Haase just completed his sophomore season in which he averaged about six points per game. Felipe has discussed his situation with Frank Martin but has not made a public statement about why he made the decision.

Our best guess is that he wanted to play at a school where he could play a bigger role. Haase did not have much upside at Carolina and would likely have always been playing in sort of a sixth man role. Honestly transferring may be the best choice for his career. It is unlikely that Felipe will play professional basketball so it makes sense for him to go somewhere where he can have more time playing the game he loves.

We wish Felipe Haase the best of luck wherever he decides to take his talents.