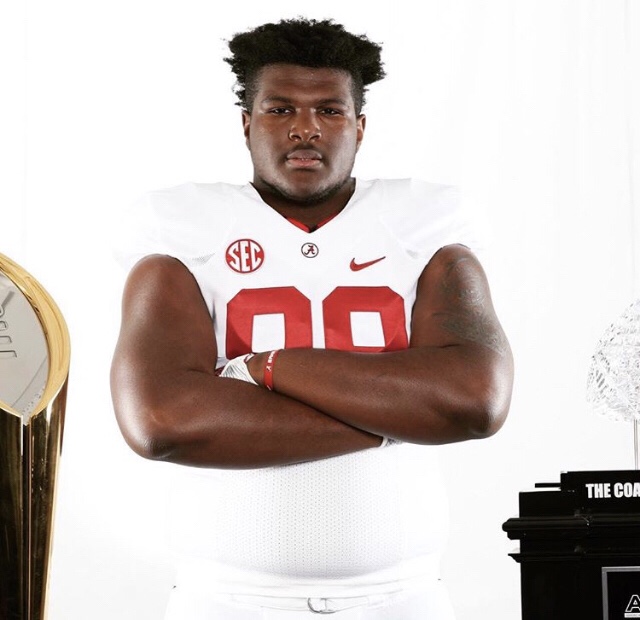 It is not uncommon for recruits to visit multiple schools after they have made a verbal commitment to another school. It makes sense for these student athletes to make sure that there are not better opportunities on and off the field elsewhere.

Will Muschamp and the rest of the football program are going to be welcoming Jayson Jones to the football operations facility this weekend. Jones has already verbally committed to the Crimson Tide however nothing is final until he enrolls. During his visit Jones will tour the facility and meet with the coaching staff. Jones may even tour campus and check out the Horseshoe.

Jayson Jones is a big bodied tackle from Calera, Alabama. At 340 pounds he would easily be the biggest body on our defensive front if he were to de-commit from Alabama and enroll as a Gamecock. What are the odds of this happening?

Will 4-Star Jayson Jones De-commit from Alabama and Enroll at South Carolina?

Our coaching staff will try their best to make Jayson feel welcomed but it is hard to recruit against a coach who has won fifty percent of the national championships since 2015. When Saban brings out rings and trophies it is hard to turn that down. Especially for a kid who has grown up in Roll Tide Alabama country.

Regardless of how slim the chances are of flipping Jayson, be sure to show him some love on social media or in person if you see him around town so that he feels welcomed by Gamecock Nation! He would be a massive addition to our defense!