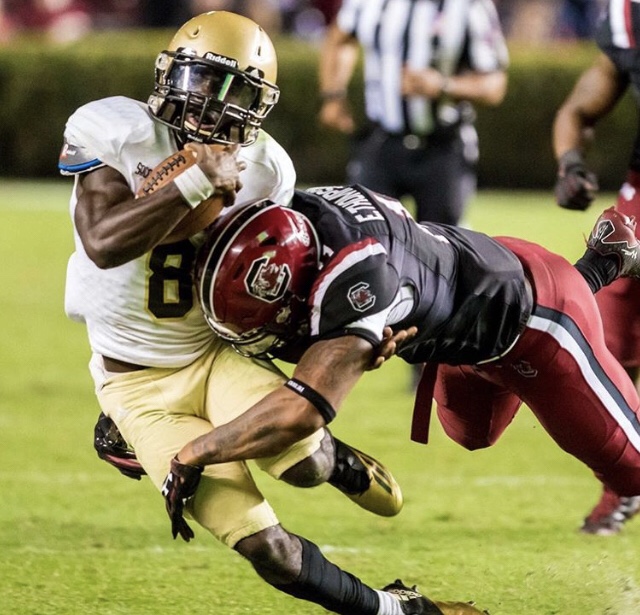 The Gamecocks received big news this week as linebacker Eldridge Thompson received confirmation that he is eligible to play the 2019 season for South Carolina. This news will have a big impact on South Carolina’s defense. Arguably South Carolina’s weakest position skill and experience wise is Linebacker. Having both TJ and Eldridge back will provide some of the younger players with some good leadership and serve as a backbone in the middle of the defense.

Eldridge Thompson Gets Medical Redshirt Approved and Will Play in 2019

Will Muschamp has been working on getting another year of eligibility for Eldridge the entire offseason. Eldridge missed a lot of time during the 2018 season which spurred Muschamp to request a medical redshirt. Once approved it would allow Eldridge to have a fifth year of eligibility and allow him to play in South Carolina’s 2019 football season.

If the medical redshirt was denied by the NCAA the linebacker position would have been very thin and really only have one player with substantial experience. It could be argued that DJ Wonnum would provide some experience at the position but he will spend a majority of his time as a rusher. Outside of Eldridge the only other experienced players at the linebacker position that saw regular playing time was TJ Brunson.

Having Eldridge back for 2019 will be a big retention for the Gamecocks. Having another guy in the lineup that knows the system and is a big plus. Just having another body that can get put into a big game situation and not be a liability is huge for this defense. The linebackers really need to step up this season and keep mediocre teams like Florida from rushing for 150+ yards in a game. Getting Eldridge back will be a big help in this endeavor.