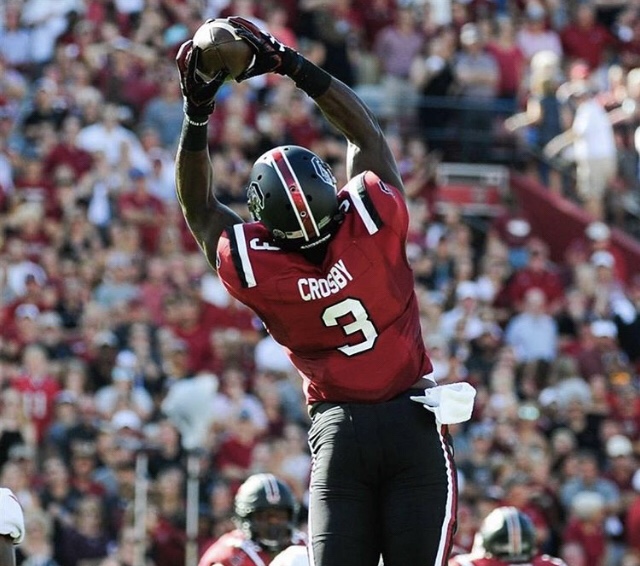 The Gamecocks may just be turning into TEU. Last season Gamecock tight end Hayden Hurst got drafted in the first round of the 2018 NFL Draft by the Baltimore Ravens. This year another Gamecock tight end is going to have the opportunity to make an NFL roster.

KC Crosby South Carolina’s most productive TE during the 2018 season. Despite being a bit undersized for the position his speed and ability to run routes allowed him to be a threat. In his time at Carolina Crosby accumulated 377 yards in 42 games. Keep in mind he spent most of his time in Columbia playing behind some guy by the name of Hayden Hurst.

KC also suffered a few injuries that hindered his ability to put up numbers at South Carolina. In his redshirt Junior season he broke a bone in his leg against Kentucky that took him out of action for a large portion of the season. In his redshirt senior year KC broke a bone in his finger that kept him out of action for a good portion of the season.

KC may not be the biggest guy at the tight end spot but he is able to compensate for this with his ability to create separation and make catches when it matters most. KC was one of the most sure handed players on the team. With the exception of the play in the opening drive against Georgia in 2018 that resulted in DeAndre Baker skipping into the end zone, KC made a lot of important plays.

We would like to wish KC the best of luck in his time at the Giant’s camp!