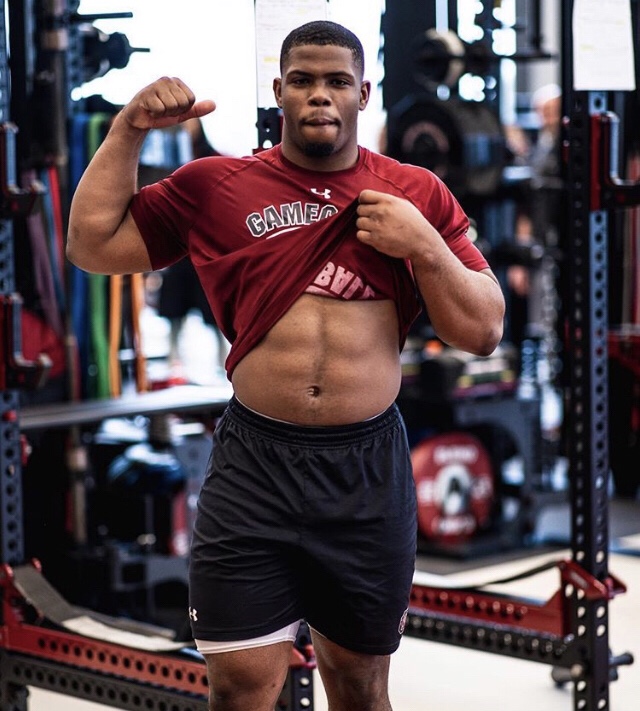 Spring practice is well underway in Columbia. There have been a few different themes during the practices but one position group in particular seems like they could make the biggest improvement this offseason.

There are a couple of new faces in the running backs room this season. For one, Bobby Bently has been relieved of his duty as the running back’s coach and has been replaced by Thomas Brown who previously held the position at Georgia and Miami. Another new face is freshman running back Kevin Harris.

How Good is Kevin Harris?

Kevin Harris is a big bodied running back that looks the part of an SEC bruiser. At 5′ 11″ and 230 pounds, Harris could prove to be a huge asset to our offense. Kevin may not have elite speed but if he can develop his patience and running IQ, he will be a big addition to our backfield. With Rico and Mon reaching the end of their career’s at Carolina, Kevin Harris and Deshaun Fenwick should have some time to develop before they take over.

Harris was only rated a three star by 247 sports but if we learn anything from history, three star recruits often turn into five star players. From what we have seen this spring, Kevin appears to have the fire that we need in our backfield.

There have been a few moments this spring where Kevin Harris has really shined. The first moment came in one of the first practices of spring. During one of the blocking and block shedding drills Kevin initiated a very physical hit on a defender, spun off and kept rumbling forward. We knew coming in that Kevin would be a big body but he’s got some fire and some desire that we have lacked in the backfield for quite some time.

Another memorable moment for Kevin’s spring performance comes every morning before the groups separate for indy. In one of the warm of drills for the running backs, they run horizontally while catching a football. In this drill Kevin shows off his soft hands. Kevin does an incredible job of controlling the ball when he catches it. This will be refreshing for Gamecock fans who have seen many a ball dropped by a wide open running back coming out of the backfield.

Overall Kevin Harris has impressed us this spring. As the team goes through their first scrimmage today, we will see how Kevin performs in full speed gameplay. We will have another update on Kevin Harris post spring game.