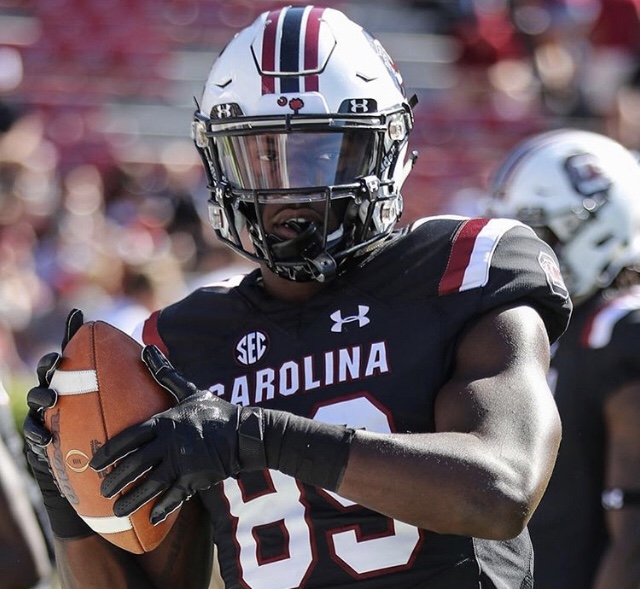 We have mentioned that Bryan Edwards had the opportunity to make history for the Gamecocks in 2019. It looks like there are a number of other sources around the country who are giving Bryan some respect. Recently, a source has released their rankings of the top wide receivers in the SEC going into the 2019 football season. The list features wide receivers from around the SEC.

Top Wide Receivers in The SEC According to Saturday Down South

There are some rankings I agree with in this list and some rankings, or lack there of, that blow my mind. The fact that Johnathan Johnson is ranked above Lynn Bowden Jr and the fact that Shi Smith is not even included in the list shows just how little the boys over at Saturday Down South understand about the game. I guess they are just taking the stats from last season and using that to make the list? Regardless I don’t think it is an accurate representation of the skill levels of the wide receivers in the SEC.

Regardless of the accuracy of the list lets analyze what they have on here. The ranking we are interested is that of Bryan Edwards, our highest profile wide receiver going into the 2019 football season. This list has Bryan listed as the number five wide receiver in the SEC. We will see how this plays out. Our guess is that Bryan will end up with stats that will nestle him in the top three wide receivers in the country. Keep in mind Bryan was sharing the field with Deebo Samuel the past few seasons. Going into his senior campaign, he will likely be Bently’s number one target and have better numbers than he did the past few seasons.

Kalija Lipscomb is loosing Kyle Shurmur who was really a good quarterback. Having a less experienced QB under center will seriously hinder Lipscomb from putting up the same kind of numbers he did last season. Bryan will easily have better stats than Lipscomb. Jaylen Waddle and Henry Ruggs III will still be sharing the field with a guy named Jerry Jeudy. For this reason their numbers will likely be stagnant. This sets Bryan up to easily be a top three wide receiver in the SEC in 2019.