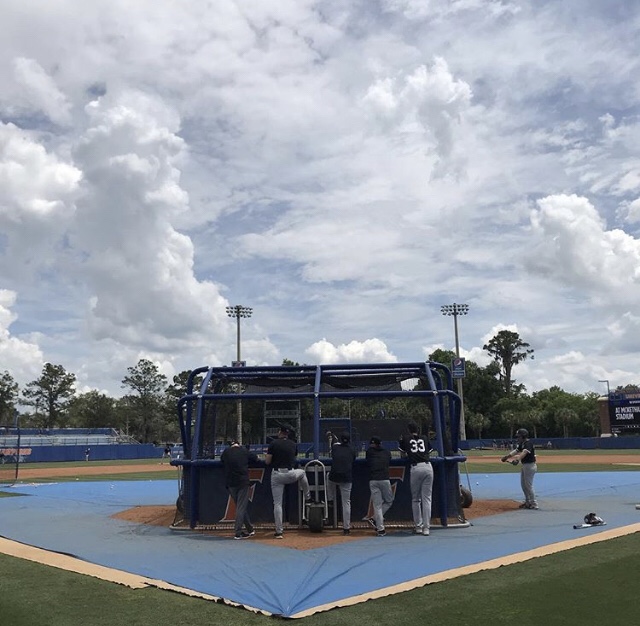 South Carolina did not have a long time to celebrate their Tuesday win against UNC Charlotte. The very next day the Gamecocks loaded up and began the trek to Gainesville to take on the Florida Gators. We have yet to win a conference series opener as we entered the sunshine state. That did not change.

Reid Morgan opened up the series against the Gators on the mound but that was not enough as Florida won 9-5. In the first game of the Florida series the game pitching continued to cause problems for us. We struggled to keep batters off of bases as the Gators nearly hung up ten runs on our defense. Many South Carolina fans have been pleading for Reid Morgan to open up on Friday nights. The prayer was answered but it wasn’t enough to lift the Gamecocks over the Gators in game one.

In the second game the pitching was much improved. The Gamecock offense jumped all over the Gators in the opening innings. It seems like the South Carolina pitchers have trouble pumping the strike zone when they fall behind because when the offense is able to drive in runs early, we are able to get the outs we need to keep the opponents off of the bases. The Gators were able to drive in three runs late but ended up loosing game two 3-6.

For the third time this season we had an opportunity to clinch our first conference series of the season in game three. We played decent in game three against Florida but the Gators were able to rally late and walk it off in the bottom of the ninth inning. The Gamecocks led by two in the fifth inning but Florida drove in a run in the seventh inning to cut the lead to one. Then the hearts of Gamecock nation were ripped out when a three run home run was launched out into right field in the bottom of the ninth. In the end, South Carolina lost 4-6.

It seems like we have had a few conference series’ this season within grasp but have failed to seal the deal. South Carolina baseball will have five more opportunities this season to win a conference series. It is going to happen it is just a matter of when. Hopefully we can handle business against UNC in Charlotte this week and build some momentum going into the home series against Texas A&M.

Comment below if you think we can take down A&M at home this upcoming weekend!