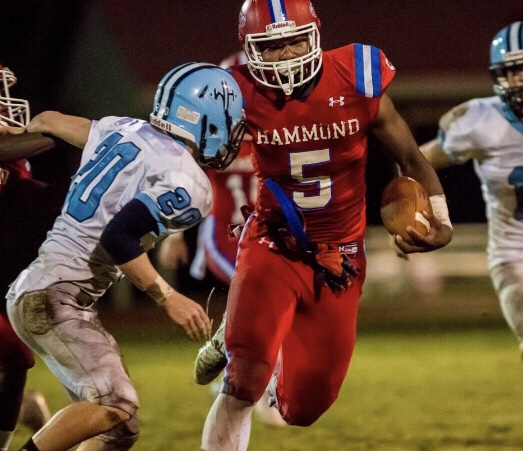 There was a decent turnout for the South Carolina garnet and black spring game but there was one guest in particular that caught our eye. Five star 2020 defensive end recruit Jordan Burch was in attendance at the game. We hope that this is a sign that Burch is leaning toward a commitment to Carolina.

Jordan has been spending a lot of time meeting with South Carolina coaches over the past three weeks. Each of the last three weekends Burch has visited the Gamecock’s football facilities. Either he likes what he sees and feels at Carolina or he is just trying to make sure he does not like what Carolina has to offer. For Gamecock nation’s sake we hope that he has enjoyed his time and makes a commitment. If Jordan Burch were to Commit the Gamecocks would have two five star players on the defensive line. This would make a huge impact on the entire team.

Does This Mean Jordan Burch Will Commit to South Carolina Over Clemson?

The fact that Jordan is making frequent trips to visit with South Carolina coaches is a good sign and could mean that he is leaning toward a verbal commitment to South Carolina. This could be due to the simple fact that he lives in Columbia and it is convenient; however, skipping Clemson’s Spring Game in favor of ours is also a very, very, good sign. The spring game is a great opportunity for players to get a feel for game day atmosphere and feel. It isn’t definite but Muschamp and company are in good position to land this talented young man. Hopefully Jordan visits a few home games this upcoming fall.

Like I said earlier, if Jordan was to commit to South Carolina the defensive front would be a force to be reckoned with in 2020. We would have a very solid line that would have a huge impact on the game. Be sure to give Jordan a follow on social media and show him some love. Let him know how appreciative we would be to have him enroll at the University of South Carolina.