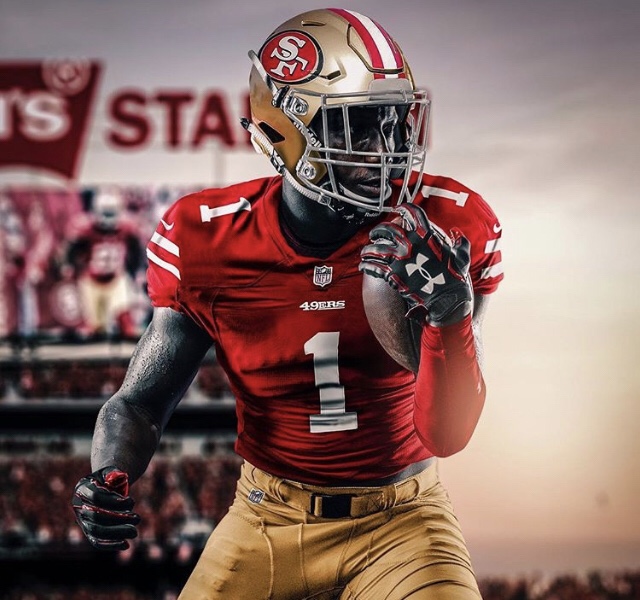 Deebo Samuel has had quite a career at the University of South Carolina. Although his Sophomore and Junior year were cut short due to injury, Deebo showed flashes of greatness. That coupled with his size, speed, hands, and work ethic have made Deebo one of the highest rated wide receivers in the 2019 NFL Draft.

Who is Deebo Samuel?

If you are unfamiliar with Deebo Samuel and his prolific career at South Carolina, this video will show you all you need to know about this talented football player.

Deebo is extremely agile, quick and big for a wide receiver. Deebo is built more like a linebacker than a wide receiver which makes him tough to bring down. What really sets him apart is his reputation on special teams. Nobody wanted to kick the ball to Deebo Samuel. He brought back four kicks for touchdowns in his career. Every time he touches the ball you can count on him giving everything he has to gain another inch, his size helps him gain those yards after contact that are just so fun to watch.

Deebo Samuel Picked Up in Second Round By the 49ers

Deebo has been working through doubt and injury his entire career. Two of his seasons at South Carolina were cut short by injury. The good news is Deebo has some of the best work ethic we have seen out of a Gamecock. He puts in the work outside of practice that allowed him to separate himself on the field and eventually get drafted in the second round.

Deebo was the second wide receiver taken in the 2019 NFL draft ahead of vastly overhyped DK Metcalf from Ole Miss. He was drafted by the San Fransisco 49ers and will likely see some playing time next season. It will be interesting to see Deebo play in the NFL but we don’t think he will have much trouble adjusting. Deebo is big for a receiver and will be able to take the physical abuse that goes along with playing in the league.

Be sure to keep up with Deebo’s NFL Career by coming back to Live of a Gamecock once the NFL season starts back up. We will cover all former Gamecocks who are playing in the NFL.