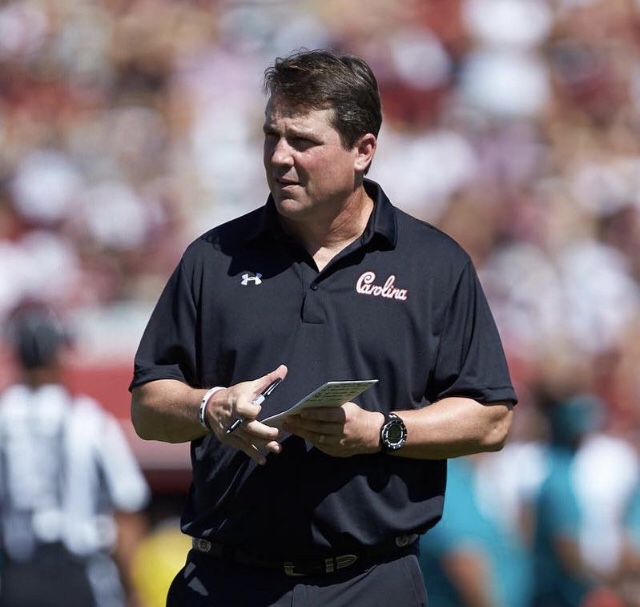 When Will Muschamp was announced as the next head football coach at South Carolina, many were skeptical. In his first three years as the head coach at Carolina, Muschamp has had records of 6-7, 9-4, and 7-6. Muschamp has made a bowl game each of his three seasons as head coach. The only bowl game win was an upset win over Michigan in the Outback Bowl.

Entering his fourth season as head coach many are interested to see what Muschamp will be able to do now that he has four full recruiting classes on campus. He has the players he wants, but how well will he be able to perform with a full team. A lot of people think that if Muschamp doesn’t win 10 games in the next two seasons, he will be history.

Is Will Muschamp In The Hot Seat This Season?

Muschamp has done suprisingly well with what he was left with. Coming into his debut season at South Carolina, he had no Quarterback, a soft defense, and really no standout players. Despite this, he still managed to make a bowl game in season one. In season two he had a rough framework of a solid team and was one win shy of a ten win season, beating BIG 10 “powerhouse” Michigan in the Outback Bowl. Also after last season, Muschamp became the winningest coach in South Carolina football history over the span of his first three seasons with 22 wins.

I would not say that Muschamp is in the hot seat but many fans are impatient after last season’s results. Here are some things that we need to keep in mind. A majority of the starters on defense were injured during the 2018 season. Without a healthy defense we were still able to win seven games. We ran up over five hundred yards of offense on a top two defense in the country in their house. We nearly beat a Florida team that ended up ranked in the top ten; at the swamp. There are a lot of bright spots from last season. I’d say the results of last season are to be blamed on the entire defense being injured. The fact that Jason Senn got snaps against Clemson showed the state of our defense in 2018.

Although I expect 2019 to be a better season for the Gamecocks, we still play the toughest schedule in college football. I don’t expect to win ten plus games next year and neither should Gamecock nation. Don’t get frustrated if next season is another six or seven win season. 2020 will be the real show of what Muschamp is made of.