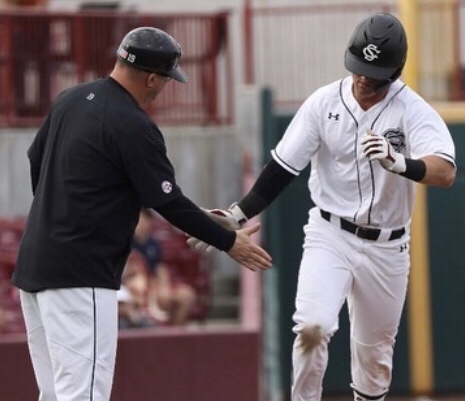 Today is Friday but is also the day that the great rivalry series against Clemson sees its first pitch. The first game will be played at Clemson. This is the first road game for South Carolina all season and the fact that it will take place in hostile territory doesn’t make it any easier.

The one thing on Gamecock Nation’s mind right now is can South Carolina take the series against Clemson in 2019. I think it is definitely possible but the question for the weekend will be can we hit the dirt running. We have gotten into some close calls due to sluggish starts to games. The offense is going to need to be clicking if we want to get out of the Clemson/ Greenville games with an opportunity to either sweep or take the series at the series finale at Founders Park.

How Good is Clemson’s Baseball Team in 2019?

Honestly the fact that Clemson is ranked right now in baseball is kind of a joke. Not to say that Clemson has not had some decent players over the past couple of years, but they have lost a ton of talent from last years roster. And last year’s roster couldn’t even make it out of regionals. They have struggled with regionals so much recently that they are making history. We think talent-wise and from what we have seen so far this season, Clemson is in a similar situation as South Carolina.

From what we have seen from Clemson so far this year there is no reason why South Carolina should not be able to beat them on the road, in Greenville and at Founder’s Park. The game at Clemson will be a tough win for the Gamecocks just because it will be their first road trip of the year, but the intensity of the rivalry should be enough to light a fire under the offense and get some balls flying around early on the the game.

By the end of the series this weekend we will have a better idea of where Clemson and South Carolina’s teams stand as it will be each team’s first serious opponent. But like I stated earlier, Clemson is way overrated this season in Baseball.