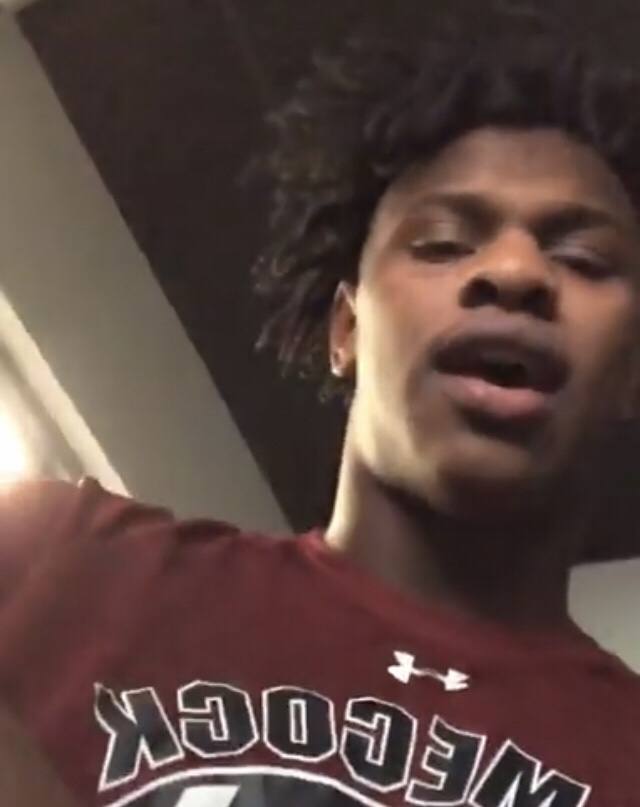 Deshaun Fenwick is a running back for the University of South Carolina. For those of you who follow Deshaun on Instagram you have likely seen his stories. Fenwick is very active on his Instagram story. He is known for setting up a live story and listening to music with other teammates while doing subtle dance moves for the camera.

On this page we will keep a record of some notable moments on Deshaun Fenwick’s Instagram Story.

Many songs are shared amongst football players at the South Carolina’s locker room before and after practices. Deshaun Fenwick does a great job of capturing the songs and even throws in a couple of subtle dance moves for his fans and his haters.

On March 3rd, 2019 Deshaun Fenwick posted an Instagram story with him dancing to the song “Purge” by JayDaYounan. Many fans knew the song was by JayDaYoungan by the distinct sound of his voice however some were struggling to put a name to the specific song. In his story, Deshaun was wearing one of his workout shirts that are issued by the team and was sitting in the new Football Operations Facility that was built right across the street from Williams-Brice Stadium.

JayDaYoungan is one of the South Carolina Football team’s favorite artists. Often times they will be playing his songs on the locker room sound system which has enough bass to shake empty gatorade bottles off of tables.