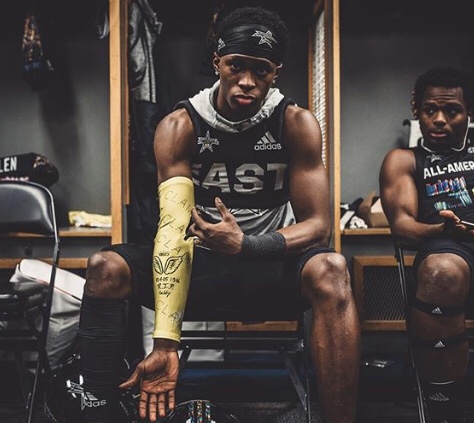 South Carolina got a few high profile defensive backs in their most recent recruiting class. These players will play a big role in adding depth to the South Carolina secondary going forward. Not all the new freshmen are going to see substantial playing time in the 2019 season and some may even be able to redshirt and save a year of eligibility. The new redshirt rule allows players to play in four games without using a year of eligibility. If our starters can stay healthy next season and we can redshirt some of our freshman DBs, our secondary will have a solid foundation going forward.

Some freshman that may see some playing time next year in the secondary are Shilo Sanders, Cam Smith, Jammie Robinson and John Dixon. These players have the potential to become big time players at South Carolina. Like I said, best case scenario is that they get some playing time next season but don’t have to give up a year of eligibility. This would allow these players to play at least two full seasons as starters once Jaycee Horn and Isreal Mukuamu finish up their time in Columbia. Honestly I could see a player like Cam Smith taking over Isreal Mukuamu’s starting position at CB later in his redshirt freshman or sophomore year. It may work out that Isreal could move to Safety and serve as sort of a ball hawk. With his length he would be hard to beat over the top but this is also what makes him a great CB.

Will Any Freshman DBs Start For South Carolina in 2019?

I mentioned that I could realistically see incoming freshman Cam Smith taking over Isreal Mukuamu’s starting position at CB at some point later in his career, but I don’t think it will happen next season. Muschamp is going to want his most experienced players out there next year in the secondary. Some freshman may see significant playing time but as of right now I don’t think any of them will earn a starting role.

Our secondary has a lot of solid returning players and some that will be back from injury and eligible to play after sitting out for a transfer year. Jamiest Williams will be back at safety and Jamel Cook will be eligible to play as well. RJ Roderick will likely start at safety with the departure of Stephen Montac. Right now I have the starting corner backs as Jaycee Horn and Isreal Mukuamu. Isreal is probably the shakiest starter we will have but he has extremely good work ethic and a desire to be good. He will likely improve greatly over this off season. It will be hard for one of these freshman to knock any of these guys out of their starting positions. I could be wrong though. We will see how they all perform in fall camp.

The future is looking bright for the South Carolina secondary. Keep an eye on Shilo, Jammie, Cam and John next season, they are going to be big time players for the Garnet and Black!