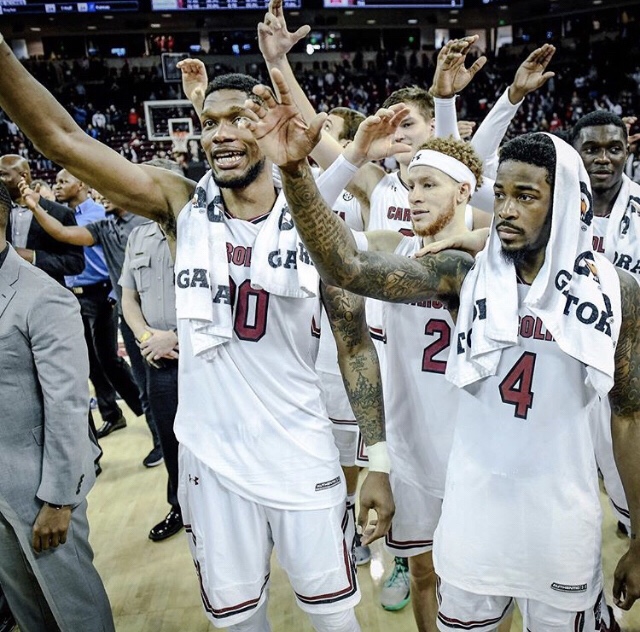 After a disappointing end to the regular season, the Gamecocks entered the SEC tournament as a four seed. This gave them a two game bye which, in theory, would translate to an easier path to the SEC championship game.

South Carolina’s fist game of the post season was against the Auburn Tigers. The first three quarters of the game looked decent but in the end Auburn wore us down and got the win. Leaving the conference tournament without a single win does not look good on a resume, however, the team we lost to ended up winning it all. Auburn went on to beat potential one-seed Tennessee by 20 in the championship game. So our final loss of the season ended up being a quality one.

Many Gamecocks knew that the odds of making the NCAA were zero. But we still had a decent shot at the NIT. Or so we thought.

On Sunday many of us thought that there was a chance we could still make the NIT despite having a disappointing end to the regular season as well as the tournament. As selection Sunday came and went, the Gamecocks were not selected for the NCAA Tournament; okay cool.

Then the selections for the NIT were released. Guess what, South Carolina was not one of the teams selected. This came as a shock for many but other members of the Gamecock family knew that this team would not make a post season tournament. The simple fact of the situation is that we simply did not perform well enough this season to earn a spot in either tournament.

We lost way too many games to bad out of conference opponents to earn a spot in a post season tournament. The only thing that gave us a glimmer of hope for a tournament bid was our impressive run at the beginning of conference schedule. As the season continued we just did not put together any impressive wins. That coupled with the fact that we lost our first SEC tournament game and left without a single win doomed us.

Fans should not get down this off-season. Although we will be loosing Chris Silva, and Hassani Gravett, we still have a lot of young talent that will be capable of growing and improving. Some notable freshman that have a great opportunity to become Gamecock basketball greats are AJ Lawson and Keyshawn Bryant. Justin Minaya will also be a sophomore next season and will likely have a big impact on the team. There are a lot of bright spots on our team.

I am sick of seeing “Gamecock Fans” tweeting about how sick they are of cheering for a mediocre team. Fans need to be patient. We can’t expect a cinderella final four run every season. Gamecock fans need to realize that we are not working with five star athletes on the basketball court. We cannot expect to see deep tournament runs every season. It takes time to build a reputation that will give us the talent we need to become a legitimate contender in the SEC every season. I believe the freshman class this season is beginning of a new era of South Carolina Basketball. We just need to let these freshman grow into their new roles and continue to build new talent.