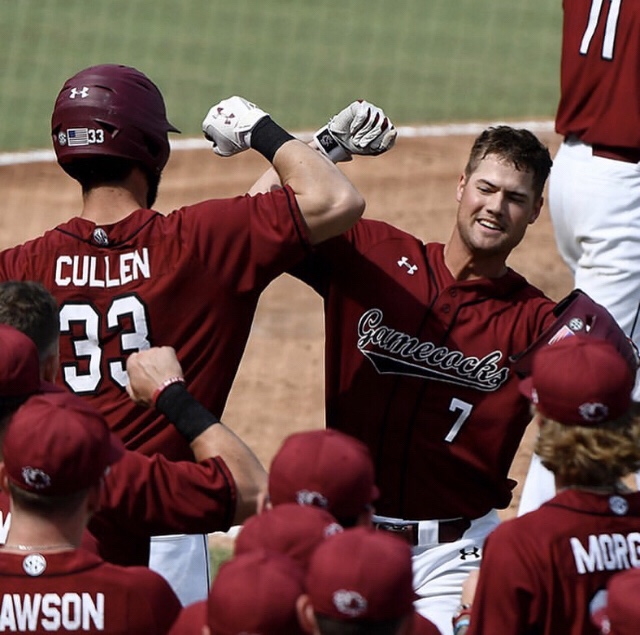 After getting gutted by Gardner Webb at Founders Park last week, the Gamecocks welcomed Valpo to Columbia. Earlier this week we stated that, on paper, the Gamecocks should make short work of Valpo. Luckily the boys were able to pull off the sweep. Here is how it all went down.

The first game of the series was delayed by rain and was eventually pushed back to Saturday afternoon due to another downpour. Before the delay the Gamecocks had built a 4-1 lead. When the game resumed on Saturday South Carolina picked up right where they left off on Friday evening. When the game finally wrapped up the final score was 9-2 Gamecocks.

Game 2 started shortly after the first game wrapped up.

Game 2 against Valpo was played shortly after game one was finished. This game was not nearly as flashy or high scoring. The defense in game 2 was efficient with a game that had a total of five runs combined scored between the two teams. The final inning of the game was the most exciting.

South Carolina found themselves down by one entering the ninth inning against Valpo. The game was tied up as Berryhill blasted a ball out over the center field wall to knot the game up at two. Immediatly following Berryhill’s piss missile, Jacob Olson sent another ball over to left center field to walk it off for the Gamecocks. This would have been an awesome finish to witness in Founders Park.

South Carolina vs. Valpo Round 3

Game 3 against Valpo was an amazing atmosphere for fans who came out to the ball park. The weather was nice and warm for a change. The warm weather seemed to heat up the bats as game three saw a total of 18 runners stomp on home plate. The game was relatively close up until the bottom of the eighth inning when Carolina drove in four runs to ice the sweep.

The Gamecock’s next game will be away at the Citadel. Hopefully we can win handily in Charleston before starting conference play against the Bulldogs from Athens.