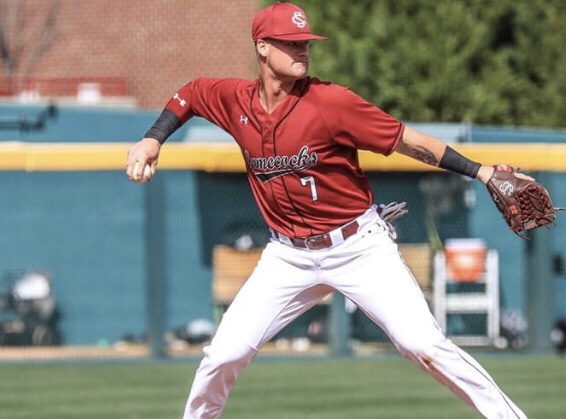 After dropping the first game of the season to Liberty, the boys in garnet have put together some impressive games. Their most recent success was a sweep of Utah Valley. Many fans were a bit worried about the Gamecocks after the sluggish start to the first few games of the season. We can’t always count on late game rallies to beat unranked opponents.

As of late South Carolina’s bats have been heating up. The Gamecocks have already scored in double digits three times this season; once against Liberty and twice en route to sweeping Utah Valley. If our offense can produce like this on a regular basis we will be a force to be reckoned with in the SEC.

Get Out The Brooms

South Carolina started the season with a series against Liberty that did not start how the Gamecocks would have hoped. The first game resulted in a loss but we rallied in the final two games to take the series.

The second series of the season was against Utah Valley. South Carolina made a statement in the first game of the Utah Valley series winning 15-3. The second game was a nail biter but we ended up securing the win and the series. In the final game of the series fans and players both enjoyed a beautiful day in Columbia as the Gamecocks won 10-3 and solidified the sweep.

With the Clemson series on the horizon Garnet and Black nation hopes to keep the brooms out. A sweep against the 23rd ranked Clemson Tigers would be a big resume booster for the Gamecocks as they hope to jump into the national rankings. We can’t get too far ahead of ourselves though. We have a sleeper game tomorrow in Founder’s Park against App State.