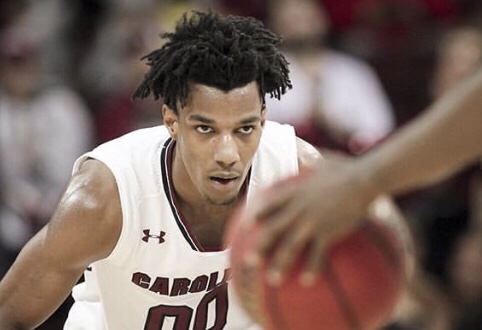 South Carolina’s game against Ole Miss was huge. The game was a must win if the Gamecocks want to even sniff an opportunity to make the NCAA tournament. The game saw a lot of great play all around and included a put back poster from AJ Lawson.

In the end South Carolina won handily which was big for the program for a number of reasons. One, the win gives keeps the dream of making the NCAA tournament alive. Ole Miss is a good basketball team this year and adding that win to the resume shows that we can and will compete.

The win also gives us a much better opportunity to prove ourselves in the SEC Tournament.

The win also gives South Carolina a bit of a cushion to maintain 4th place in the SEC. This would be a big accomplishment for the team considering they started the season 5-7 in out of conference play. I guess we can account two of those losses to were to Michigan and Virginia (both top-10 teams).

Clinching 4th place in the SEC will give us a better seed for the SEC tournament. The better we do in the SEC Tournament the more likely it will be for South Carolina to make the NCAA Tournament. As we saw in 2017 it doesn’t matter how we get there, anything is possible.

South Carolina Will Finish Above .500

With the win over Ole Miss under their belt, the Gamecocks are guaranteed to finish with a winning record in SEC regular season play. It is still possible for the team to finish with a losing overall record, but we should be proud of what this team accomplished this year.

We broke in a lot of new talent this year which could have a lot to do with the shaky start to the season. Come SEC play, South Carolina goes on a four game win streak. This streak was a big step in ending regular season play with a winning record. The best part about all this is that we still have five conference games to go and plenty of opportunity to finish well above .500 in conference play.