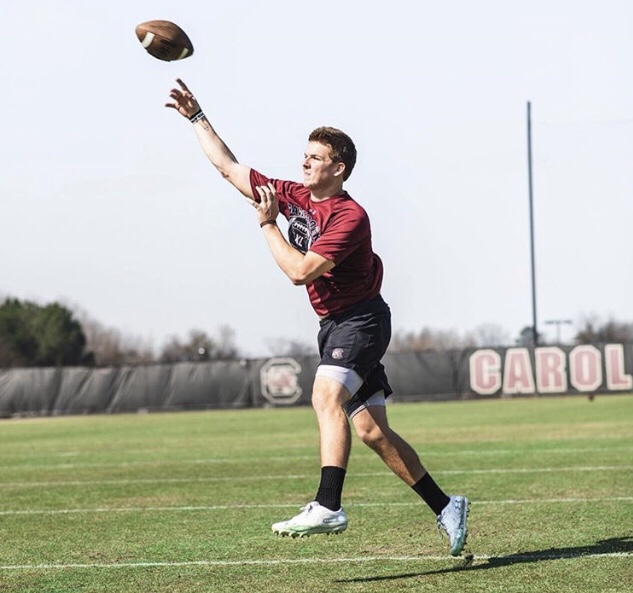 There has been a lot of hype around incoming freshman QB Ryan Hillinski. Hillinski is the highest rated quarterback to come to USC since Stephen Garcia, and we all know what happened at Carolina with Garcia spinning the bean. Could Hillinski be better than Garcia? Many say it is possible.

Before we can get into the argument of whether or not Ryan Hillinski will be a Gamecock legend, there will be a debate about whether or not he should start in 2019 or even be second in line. Before that argument can take place we will have to see how Ryan performs in practice. Spring ball is going to be his opportunity to show Gamecock nation, and the coaching staff, what he is made of.

Where in The Depth Chart Will Ryan Hillinski Fall?

Although Ryan Hillinski is working out with the team, there is very little to judge him on at the moment. The players are currently working on Jeff Dillman’s fourth quarter program. This program focuses on getting the players conditioned for spring practices and eventually the Spring Game. As of now no balls are permitted on the field with the players and no football plays are being run.

Until spring everyone will be in the same boat. Nobody will have any clue how Ryan will stack up against Jake, Dakereon, and Jay. As spring practice runs it’s course we will be able to see how Ryan stacks up and where he falls in the depth chart.

As the team works its way toward the spring game QB coach Dan Werner is going to have some tough decisions to make to decide where each QB stands going into the spring game. He will have to evaluate each player’s physical ability, leadership skills, and confidence as he creates the first South Carolina QB depth chart of the 2019 season. It will be interesting to see how these quarterbacks pan out.

When it comes to playing time in the spring game in a few weeks it is likely that Ryan Hillinski will get a decent amount of playing time alongside Dakereon Joyner and Jay Urich. These three will be battling for the backup QB spot on the roster. The closed scrimmage and spring game will be a great opportunity for Ryan Hillinski to prove himself to the coaching staff as well as the Gamecock faithful.

Comment below where you think Ryan Hillinski will end up in the 2019 QB depth chart!