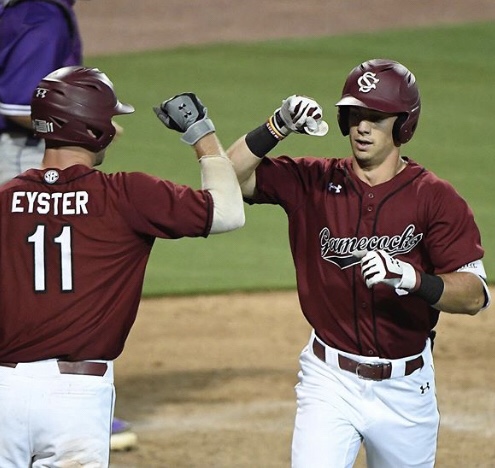 South Carolina’s final non conference game of the season is today against the Spartans of USC Upstate. In theory this game should provide South Carolina fans with an opportunity to enjoy a sure win game before the Gamecocks travel to Starkville to take on Mississippi State. But based on how things have gone this year, there is no such thing as an easy win for this team. Ever since conference play started the team has looked shaky.

Of course the Gamecocks enter the game as the favorite. The plan is to start right hand pitcher Parker Coyne who has only made two appearances in the 2019 season. He had four strikeouts against Appalachian State on February 26th, and struck out six against Winthrop on February 19th. I’m surprised that Parker has not gotten more time on the mound this year with the struggles we have seen from the pitching department this season. Tonight he gets his opportunity. This could be his chance to show the staff what he is made of going into his Junior year.

Despite the shaky season that the baseball team is having, I would put money down that they pull off the win against USC Upstate and build some more momentum as they prepare to take on the Bulldogs from Mississippi. Even though we lost the last game in the Kentucky series, winning the series gave the team a tremendous amount of confidence. Best case scenario South Carolina blows out USC Upstate, scores over ten runs, holds the Spartans to under two runs, and walks into Starkville ready to get some wins.

The series against Mississippi State is going to determine whether or not South Carolina makes it to the SEC tournament. A lopsided win against USC Upstate would give the guys a big confidence boost. If you are in the area be sure to go out to Founder’s Park tonight at 7pm and cheer the Gamecocks on to a victory!