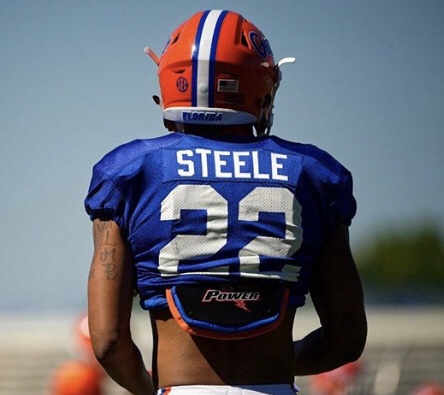 One of the Gamecocks big targets in the 2019 recruiting class was a defensive back from California by the name of Chris Steele. Chris was very highly rated; in fact, he was the fifth best cornerback in country for the 2019 class. Chris considered the Gamecocks until the end when he decided to roll with the Florida Gators.

Since then, due to some events in Gainesville, Chris Steele has entered his name into the transfer portal. This will allow teams to start recruiting him as a transfer for the 2019 season. More than likely Chris will be eligible to play immediately. In our opinion we need to pursue him. We already know he has interest in South Carolina we just need to see if that is still something he would consider. Many other schools are going to be talking to Chris in the coming weeks. Schools such as Oklahoma, Oregon, USC, and LSU are all high on adding Chris to their rosters.

South Carolina could definitely use Chris Steele on the roster. We need more high quality depth on the defensive side of the ball. Last year we saw what happens when you have a big drop off in talent. Chris Steele would likely earn playing time in his freshman year and could possibly beat out Isreal Mukuamu for a starting spot. Even if he doesn’t he would get plenty of playing time. Having another quality player in the defensive backfield would be a huge plus for the defensive side of the ball. The more we can keep guys fresh the better we will be able to impose our will later in physical SEC matchups.

Our recruiters will definitely be in contact with Chris Steele over the next few weeks. We wish Chris the best of luck wherever he ends up.

Comment below and let us know if you think Chris Steele should transfer to South Carolina.